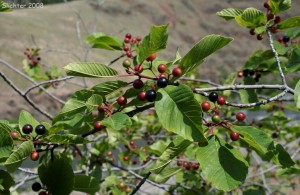 There is in the western forests of North America, a small tree that carries the power of giving health so profoundly, that if we were to recognize this plant, we would all bow before it.

In all cultures, throughout the world in history, there has been a common denominator that has led to more diseases and suffering than anything else, besides war. Constipation has been the scourge of mankind for thousands of years. A toxic intestinal tract sends the poisons throughout the body. The blood feeds the body and the blood is supplied by the bowel. When the bowel is dirty, the blood is dirty and so on to all the organs and tissues. A constipated and toxic bowel is the hotbed of all disease.

Looking back at our history we see primitive man taking the easy road of ignorance in diet, subsisting on an animal based lifestyle. This has constipated and created auto-toxemia for countless generations of people and kept the human race suffering with poisoning from the inside. Even today the prevalence of chronic constipation in North America has been estimated to be 27%. Women are 3 times as likely as men to suffer from constipation. As we all know, we are a vegetarian species and with an improper diet of meat, dairy and eggs we have created a world where we are all full of our own retained waste!

The Native Americans were not exempt from this, and in fact, they were a culture as constipated and sick with diseases as all the rest. So it is no wonder that one of the finest herbal remedies for the relief of a congested bowel would come from the Indians. The Spaniards learned the uses of Cascara in the 16th century. The Native Americans on the West Coast, where Cascara is at home, called it ‘Sacred Bark’. The Spaniards translated it into their own language and it became ‘Cascara Sagrada’. The Indians taught them the proper preparation for its use because it is much too strong to use when freshly harvested. Cascara has to age for at least a year to mellow its tonic action before it can be used. The Indians instructed them not to use the bark fresh, or eat the purple berries because one may experience gripping or mild cramping in the abdomen. Dr. John Christopher taught in his school, to combine Cascara with mild carminative herbs such as Anise, Fennel, Ginger, or Licorice root to prevent gripping. Since 1890, Cascara has been an official supplement in the American Pharmacopoeia for the support of a strong GI tract with a healthy bowel movement schedule. This photo depicts an 1896 Cascara preparation for market. 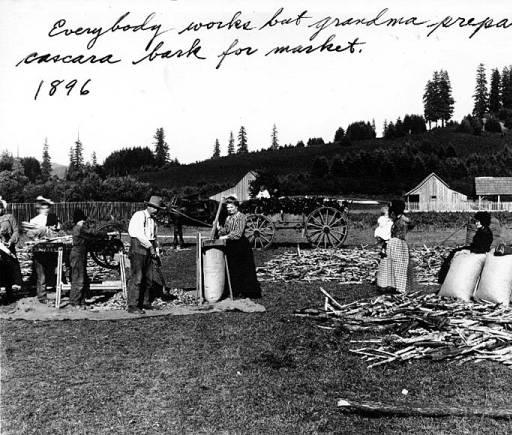 Cascara Sagrada is an excellent intestinal tonic. Casacara gently stimulates the peristaltic movement of healthy intestines while simultaneously supporting the bile flow and release of other digestive juices. It is not cathartic, in the dramatic sense of the word, but gentle and resolute, making it suitable even for the elderly. Cascara is not harmful to the bowels or habit forming.

There are many underlying causes that can result in a congested bowel. Cascara can assist these conditions and is particularly useful where healthy bowel tone is lacking. It has been known to be one of the oldest, time-proven, and most reliable remedies for a sluggish intestinal tract. It actually strengthens and tones healthy bowels, feeds and supports healthy peristaltic movement and can diminishing the need for an agent to empty the bowels.   No greater herb has ever existed to restore normal bowel movement to its healthy function.  Not only does it cleanse the entire gastrointestinal tract, but it helps to extract toxins embedded in the intestinal wall and strengthens the peristaltic muscles, so we do not need additional stimulants to aid evacuating. Cascara Sagrada supports normal bowel function.

Some of my teachers have this to say. 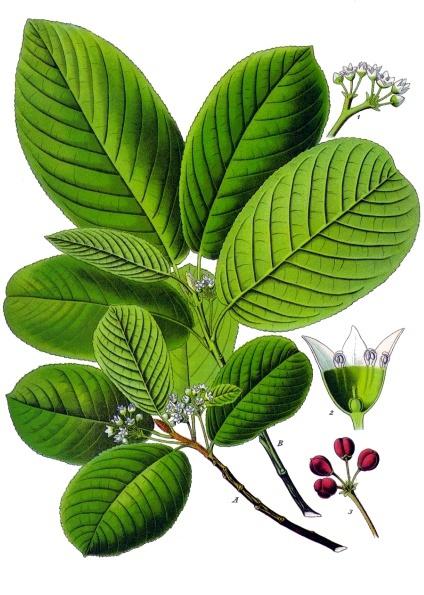 We cannot be healthy without having a perfectly functioning digestive system, and that means the big three. Digestion, assimilation and elimination! Elimination being the most crucial of the three, we never want to be in reality, full of our own shit (waste). If you eat three meals daily, you should have 4 BM’s daily; at least 3.  If you are not, then consider researching Cascara and its supporting carminative herbs to support a healthy functioning bowel.

Cascara Sagrada has changed my life so dramatically for the better. When in my early teens I suffered with a sluggish system and like most in society, I was unaware that three BM’s a week was not enough. Today, I have a completely normal functioning GI Tract with powerful peristaltic muscles. Thanks Cascara Sacred Bark Sagrada! Living on the west coast I have the gift of seeing this beauty growing all around me, and I tell you my heart bows to this humble tree every time it graces my sight.